In spite of appearances, this map, like much of Singularity, is less complex than it looks. The KCCO and SF units will fight, and the SF units always lose, which clears out the map rather quickly. Once the SF units are killed, the Dactyls will return to their starting points, unless aggroed by your Echelons. It is possible to allow the Dactyls to clear the entire map, before proceeding to M16 should you wish to do so, although this does forfeit an S-Rank Clear.

The option for a 1 turn clear using a Parachute Fairy exists, but will not be shown here.

This map is unlocked by defeating M16 with your own Echelon as opposed to the AI-controlled M4 in 3-6 Endgame. 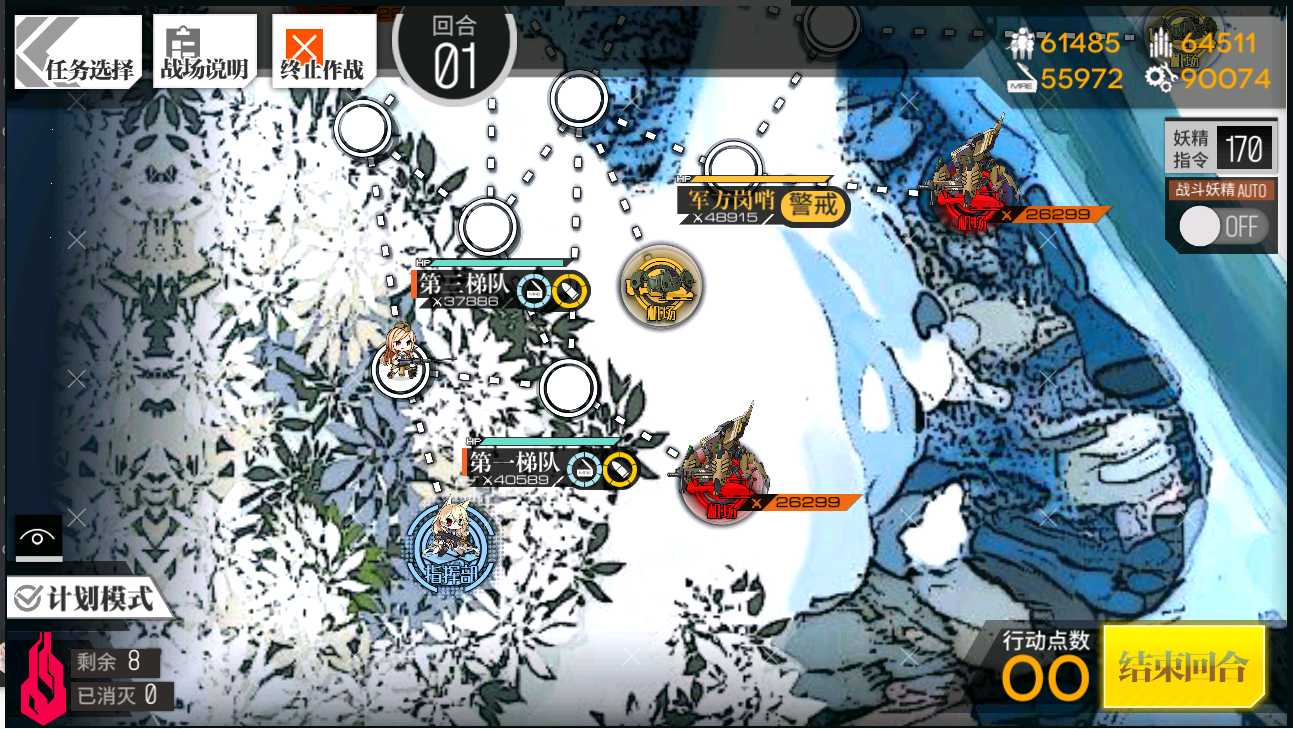 Spawn an Anti-Armor Echelon, move them up off the Command Post, then spawn your M16 kill team behind it. 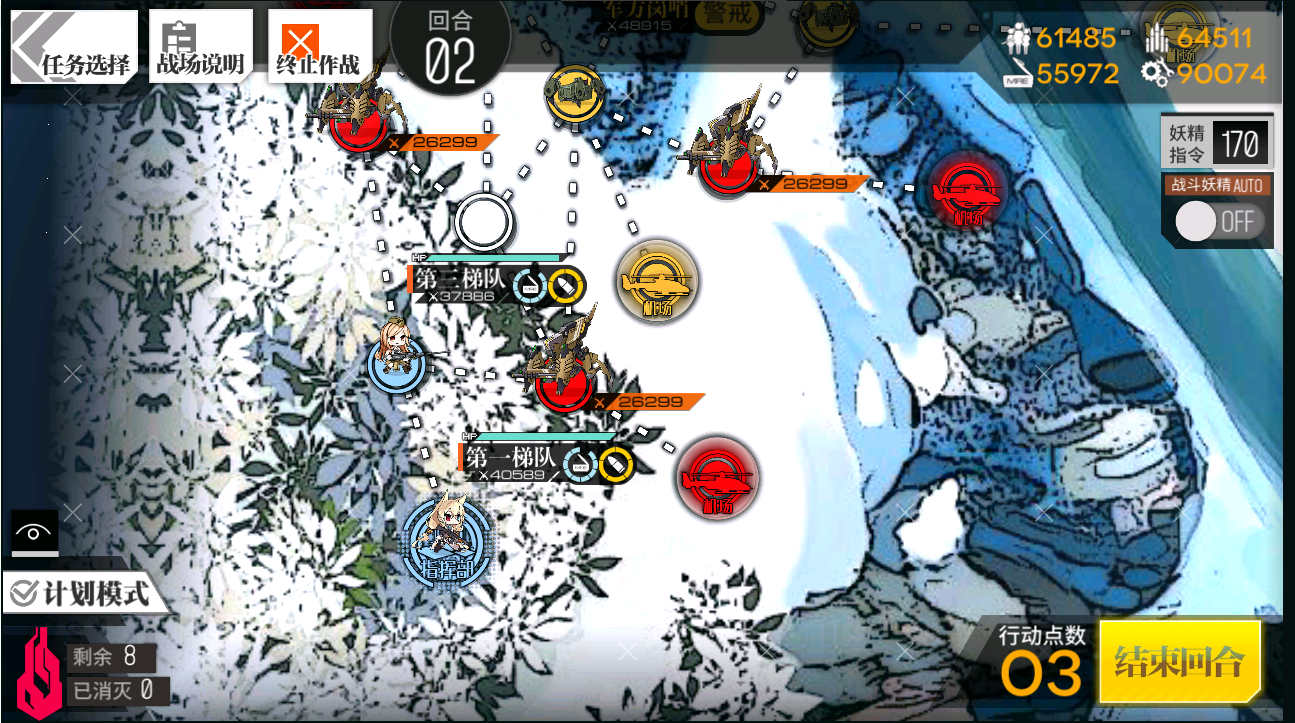 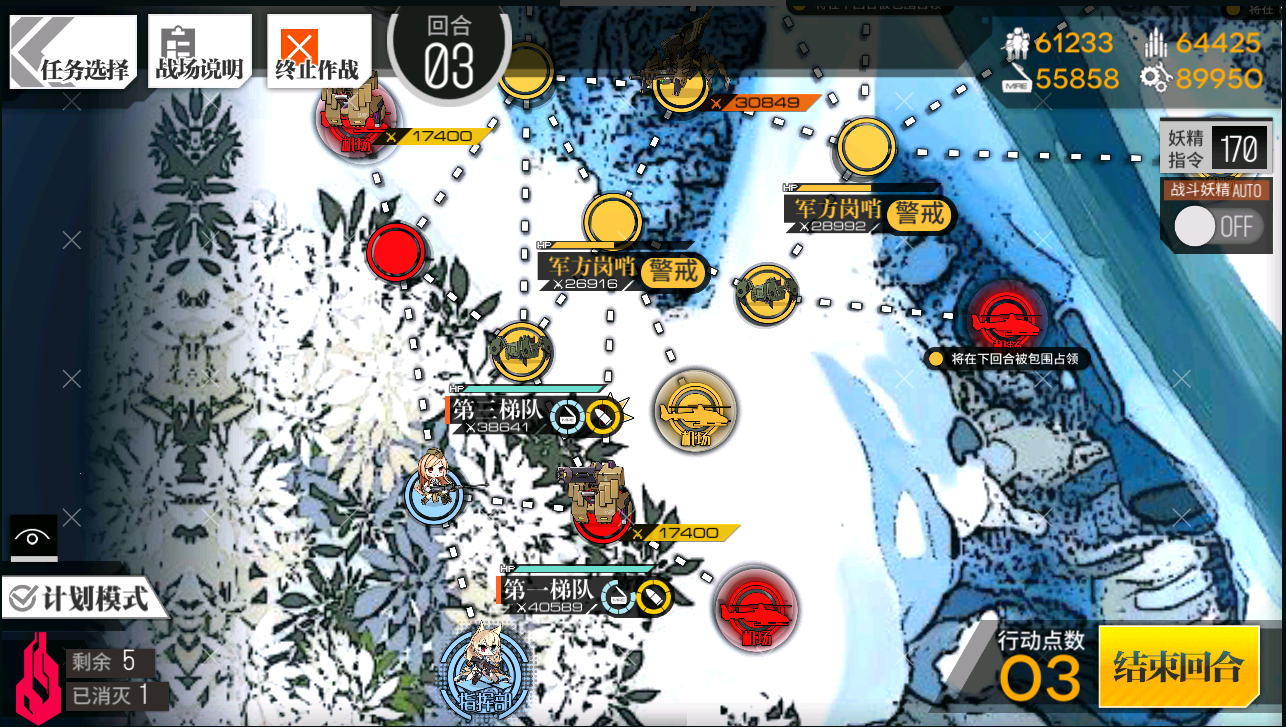 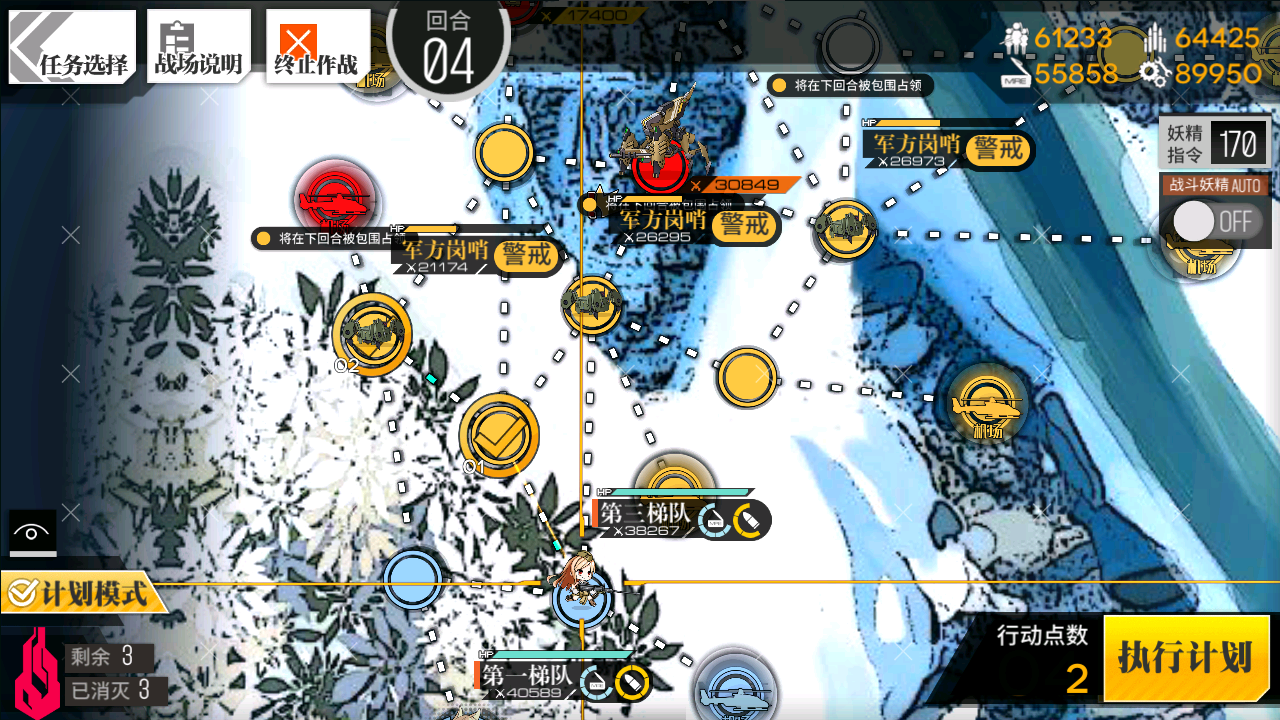 The positioning of Dactyls will vary, but you should be able to move up to capture another Heliport. You can also move your M16 kill team up one node at this point. 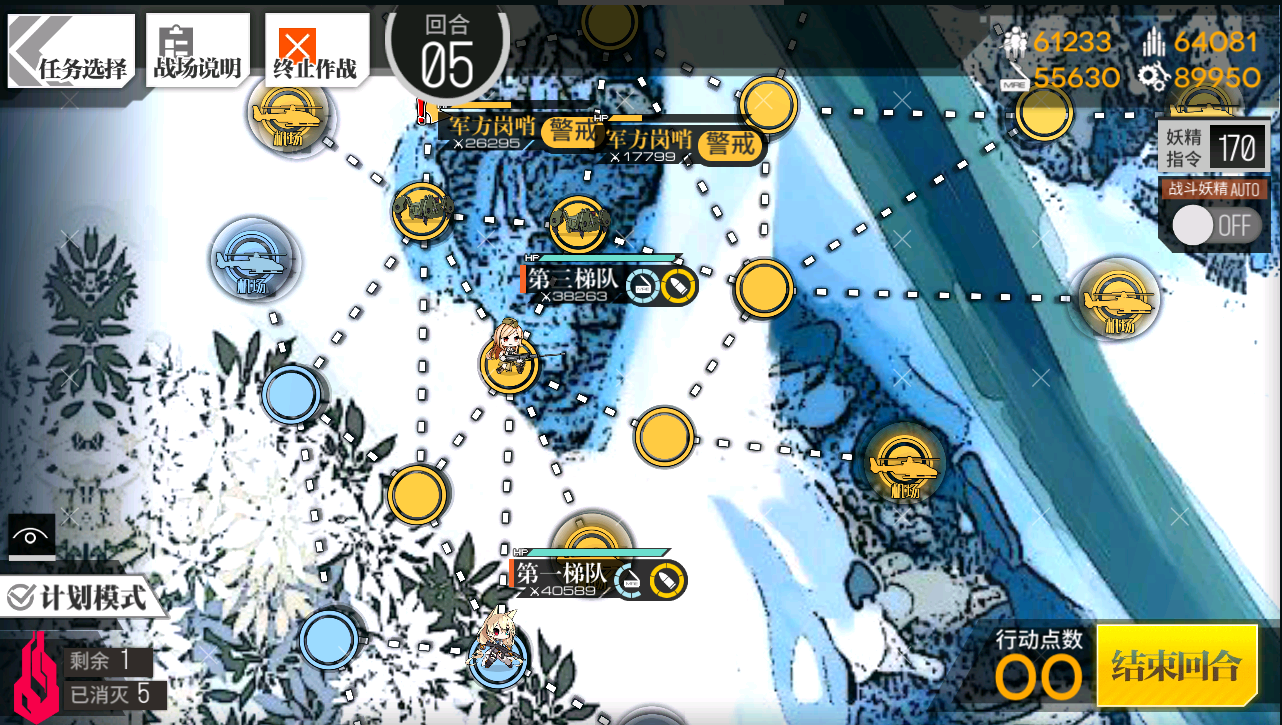 Move your Echelons to encircle another Heliport, and make sure to keep your M16 kill squad safe from Dactyls. If they have killed all enemies on the map they will retreat to their starting Heliports, and regardless, will be weakened enough for your Echelon to kill them without risk. 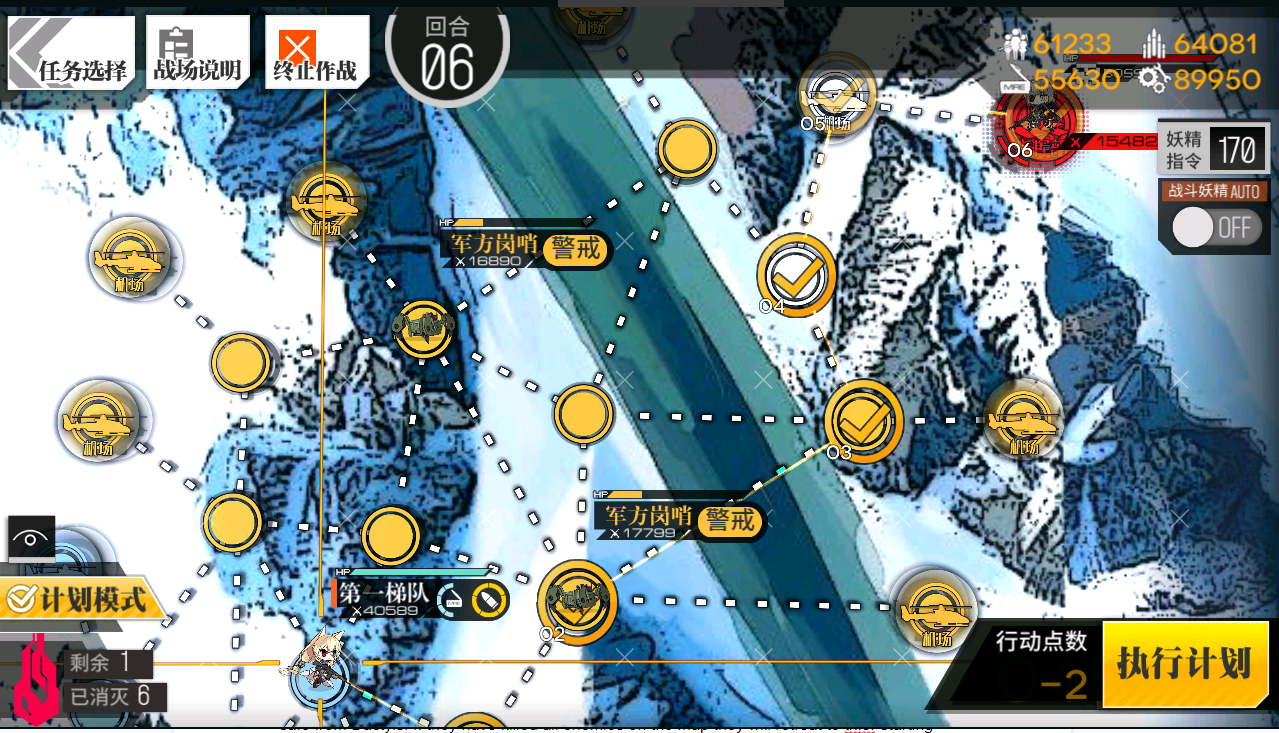 Make your way up to M16. In the example we need to wait a turn, because the Dactyls are in the way. 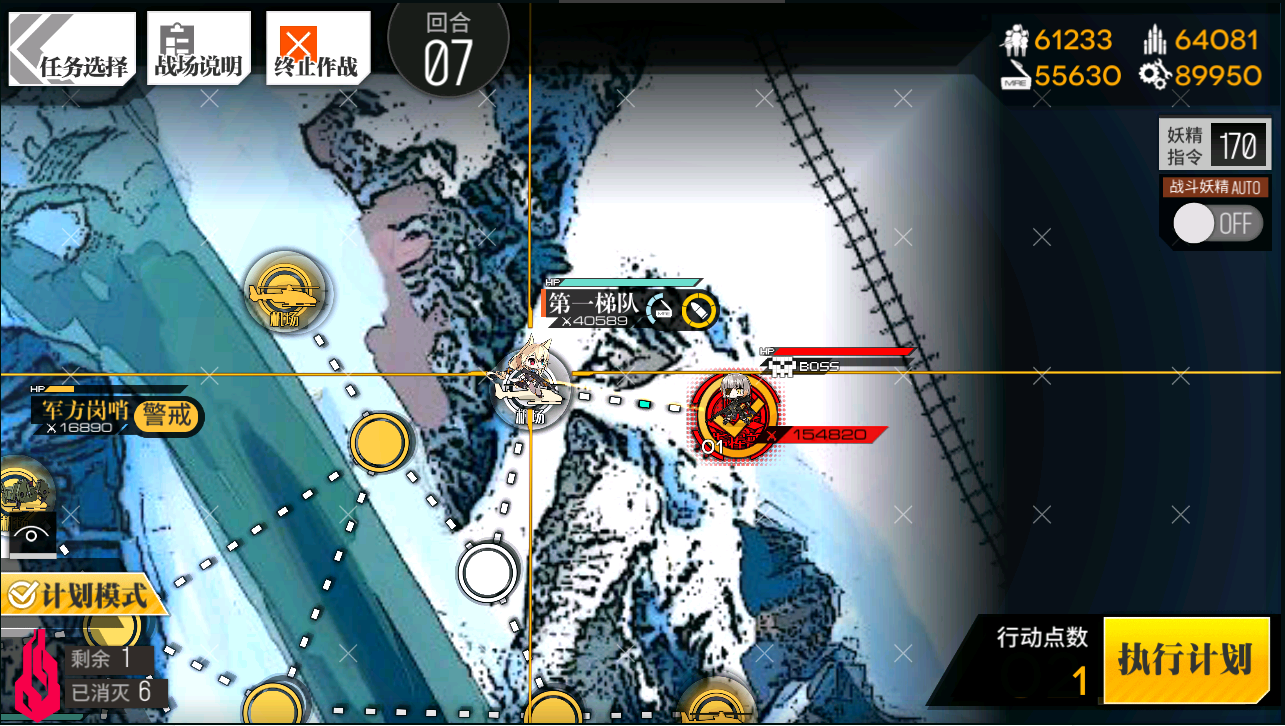 M16 is every bit as difficult as her 150k CE would indicate. However, with some careful management, the fight transforms from a brutal slaughter of your Echelons to a manageable battle.

An AR based team is recommended to engage M16, containing at least one HG. This is due to M16’s unique mechanic, where she launches a small red Beacon onto battlefield. Depending on what Doll is standing on the beacon a few seconds later, M16 receives a buff. The full list is detailed below.

You want M16 to get the HG buff if at all possible. While the 50% buff to her Damage hurts, it is preferable to other options. MGSG should not be used for this fight. RF/HG can be used in a pinch, but the low durability of HGs will cause most compositions to struggle. Further, M16 accidentally getting the RoF buff would tear apart most HGs. Thanks to a base Armor of only 10, M16 getting the AR buff is also acceptable, but only if the Beacon lands on a tile already occupied by an AR. Otherwise, move and HG onto the Beacon immediately, as, if the Beacon is not occupied when Detector activated, M16 receives ALL possible buffs.

Much like with Agent, Evasion boosting SMGs with high Skill uptime are useful to tank M16, as are HGs with large HP pools to soak M16’s relatively high Damage, which is further boosted by the Detector Skill. Likewise, self-buffing ARs are highly recommended, and a HG skill that buffs DPS would not go amiss.

Aside from the need to micro your units to ensure M16’s buff is appropriate, the biggest annoyance in this fight is M16 throwing stun grenades, and an extra Special Attack at 25% HP. Some management of Skill activations will help mitigate the problems with her Stun Grenades, and the 25% attack is telegraphed and targeting one of the corners of the map, allowing for you to move the ARs out of danger. With a little preparation, and careful management in battle, M16 will go down, and victory will be yours. 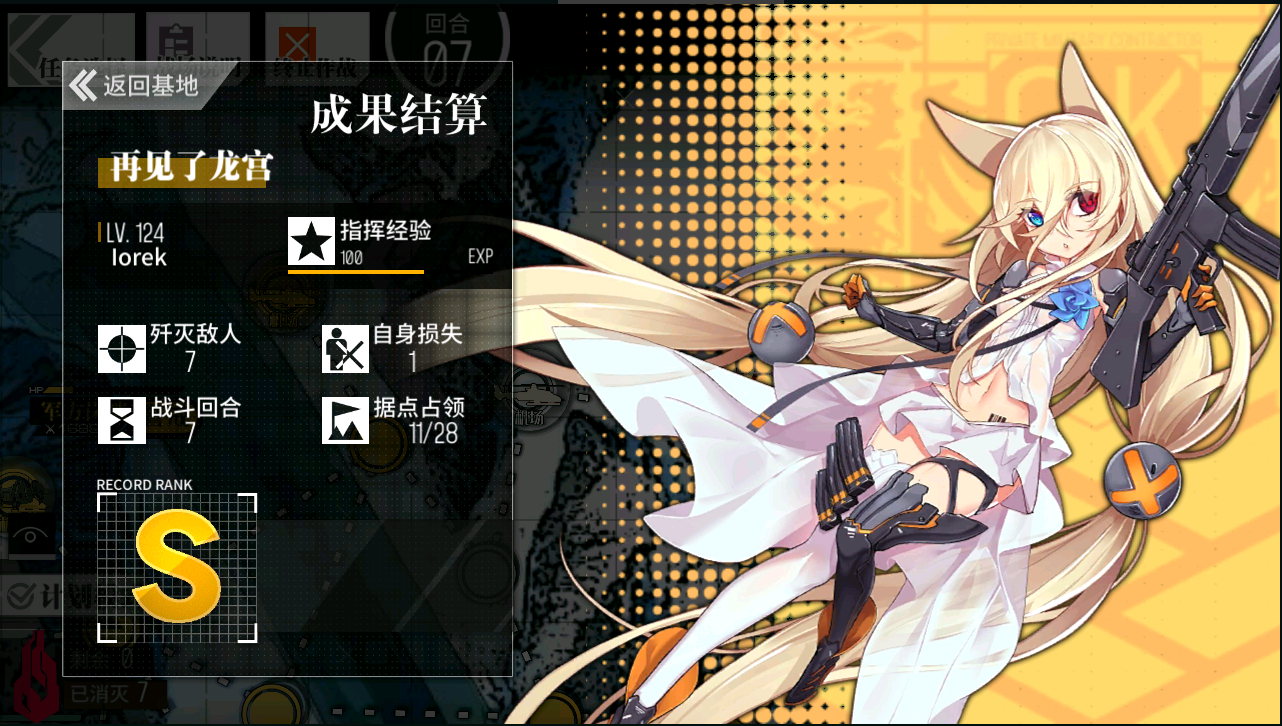 Ranking is now unlocked, and it is highly encouraged for you to at least start the map to get the Gem and Resource Rewards, even if you don’t intend to score well. GFC is also holding a Speedrun event that it is encouraged to at least submit to thanks to generous participation rewards. Should you Farm: The Division Collab "Bounty Feast"